Salt Lake City, UTAH (January 19, 2012) — ALTRA Footwear, innovators of the revolutionary Zero Drop shoe, have expanded their line of footwear to combine the bio-mechanical advantages of barefoot positioning with the structure and protection of traditional cushioned footwear.

The new line, which debuts at Outdoor Retailer 2012 Winter Market, includes the original Instinct and Intuition core running shoes, the first ever to combine Zero Drop, fully cushioned, foot-shaped, and gender-specific features. The line includes core running shoes, Lone Peak trail shoes, and The Adam and The Eve slip- on minimalist shoes, the Samson and Delilah lace-up minimalist shoes, and the Provision and Provisioness running shoes with a removable stability wedge.

The shoe’s groundbreaking design places the foot in its most powerful and stable positioning, leading to fewer injuries and greater speed. Because of the full cushioning and durable outsole, runners can also expect to run much greater distances than with other barefoot running positioning shoes.

Zero Drop
The founders of ALTRA are former All-American runners, triathletes, and ultra-marathoners. Two of them managed Runner’s Corner in Orem, Utah, which became influential at a national level by taking a personal interest in helping runners run better.

The young innovators created the zero-drop shoe category by working with a local cobbler to cut out the elevated heel of traditional running shoes. They glued the soles back together to create shoes that were the same distance off the ground at the heel and forefoot, therefore having no “drop” from heel to toe. The store had thousands of customers who bought new shoes, took them to the cobbler, and paid an average of AUD 40.79 for the alteration. The innovation of “AL-tered shoes” and the founders’ ul-TRA marathoner status provided the inspiration for the ALTRA brand name.

Nearly all running shoe midsoles have a “2-to-1 ratio,” meaning the heel of the shoe is elevated twice as high as the forefoot. Over time, running in “high heels” can cause a range of injuries.

By removing the heel, ALTRA’s founders created shoes that allowed the foot to sit level with the ground, without a drop from heel to toe, and with that, Zero Drop footwear was born.

Among the biggest benefits to Altra’s Zero Drop shoes is the shift in running posture. Most runners have become “heel strikers,” landing with a straight, extended knee because an elevated heel causes the foot to reach the ground early, slowing the forward momentum of the body. This early ground-strike means the knee does not have time to properly bend to absorb the body’s impact. A Harvard study shows that landing with a heel strike causes initial impact 3 to 5 times greater than landing on the mid to forefoot. Heel strikers not only frequently complain of foot pain, but also knee, hip, and back pain, as the impact reverberates through the body with each footfall.

With a flat-bottomed, Altra Zero Drop shoe, the foot is unencumbered by an elevated heel, so the body’s running posture improves. The runner’s stride is naturally cushioned because the foot lands more under a bent knee, using the natural spring system of the lower leg.

Fully Cushioned:
Altra shoes are unique in the marketplace because they combine a zero drop sole and barefoot foot positioning with the structure and cushioning of a traditional running shoe. ALTRA’s core running and trail shoes come with a complete three-layer cushioning system: a full rubber outsole, a 12 mm fully-cushioned midsole, and a 5mm insole. In total, Altra’s 21 mm cushioning is on par with durable training shoes and provides two to five times the protection of a typical minimalist shoe. Altra shoes are durable enough for runners to both train in and even complete with the same pair of shoes (even in ultra marathons).
Altra shoes eschew the standard mix of rubber and EVA for their outsole. Instead, they offer a full rubber outsole, which offers excellent stability and far more durability than EVA outsoles. The sleek sole enables runners to sense the ground under their feet, without interference.

Foot-shaped:
ALTRA shoes are shaped like healthy feet. The shoes’ natural foot shape also contains a Morton’s toe allowance, meaning it accommodates those with a longer second toe. The toes subsequently relax and give sufficient room to the big toe, which provides not only greater foot stability, but also increased toe-off for better forward propulsion. Nearly all other running shoes contain a pointed, triangular toe box, which pushes the toes together and causes the foot to de-stabilize and over-pronate.

Gender Specific
ALTRA is the only running shoe company to offer fully gender-specific footwear lasts for both men and women. Women’s feet have narrower heels, higher arches, and different forefoot positioning, and ALTRA’s Zero Drop shoes are built on the appropriate gender specific lasts to accommodate those differences.

About Altra Footwear:
ALTRA Footwear was founded in 2009 and acquired in March 2011 by ICON Health & Fitness, the leading innovator and manufacturer of fitness products, including FreeMotion Fitness for the health clubs. ICON leads the home fitness market with company-owned brands such as ProForm, NordicTrack, Weider, iFit Live powered by Google Maps, HealthRider, and Weslo. ICON’s licensed brands include Gold’s Gym, Jillian Michaels, and Reebok. ICON is headquartered in Logan, Utah.

Science of Running: Analyze your Technique, Prevent Injury, Revolutionize your Training
$17.39
Buy on Amazon
Bestseller No. 2

Runner's World Your Best Stride: How to Optimize Your Natural Running Form to Run Easier, Farther, and Faster--With Fewer Injuries
$10.99
Buy on Amazon
Bestseller No. 5 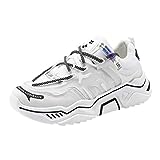 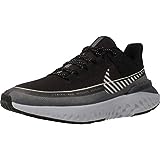 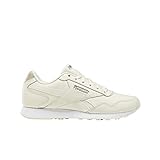 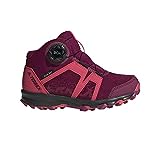 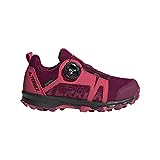